Farrah Fawcett, who passed away in 2009, will always be remembered as a cultural icon.  Her public persona took on a life of its own and her popular brand came to represent the trends of the 1970s.  Luminous and effervescent, she was the golden girl whose smile charmed the world.  Her breakout role as Jill Monroe in the 1970s television hit Charlie’s Angels brought her into the homes and hearts of millions. In the decade of the feminist movement, Charlie’s Angels was the first detective series to feature three female leads. Around the same time, Farrah’s poster in a red bathing suit was also a huge hit and became the #1 selling poster of all time. Her trademark hairstyle was copied by thousands of woman and girls, as her image graced the cover of a multitude of magazines. She epitomized the strong yet feminine career woman of the 1970s—sexy, fun and athletic. The picture of health and beauty, Farrah Fawcett is in my top ten list of iconic television actresses whose brand represented the ‘Me Generation’ gestalt of the 1970s.

In the 1980s, she re-invented herself on the stage, screen and television as a serious actress and won acclaim for daring roles. In 2006, she was diagnosed with cancer. As her health deteriorated, she took her struggle public in the hopes of inspiring others who were also battling the disease. Her friend Alana Stewart documented Farrah’s courageous battle in 2009’s Farrah’s Story. With grace and dignity, Farrah left this world, but her body of work and her image as one of Charlie’s original Angels will continue to endure for future generations.

In order, here are her best performances: 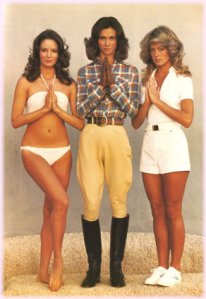 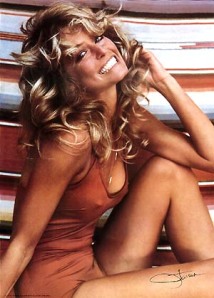 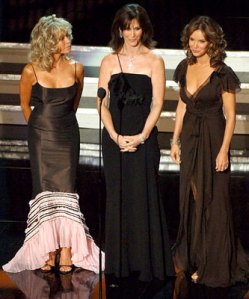